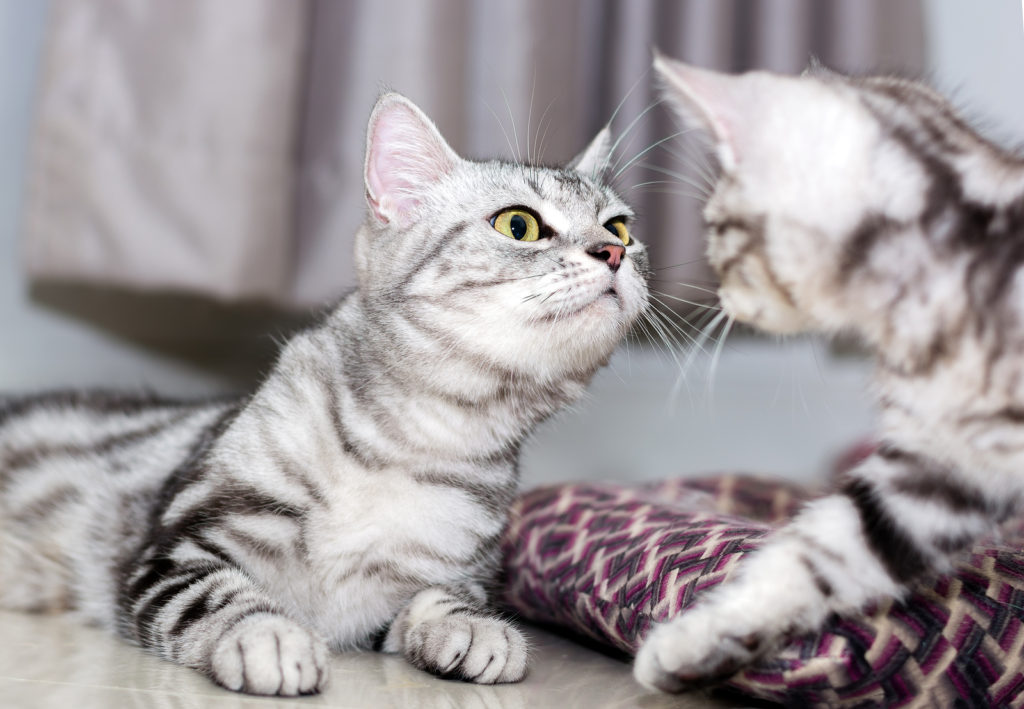 Both male and female American Shorthairs make great companions and are very loving. While they do like to receive and give affection, these cats are also generally good at keeping themselves occupied. Whether sleeping alone or playing with toys by themselves, these cats are easily contented and don’t require a ton of attention. Owners of American Shorthairs find that both sexes like to have a nice balance of hands-on attention as well as a certain amount of solitude.

When it comes to caring for either sex, owners should pay close attention to their feeding schedule and habits. This breed of cat has been known to gain weight easily and should be closely monitored for obesity. Since male cats of this breed tend to be heavier, they may need a stricter feeding schedule to keep them healthy and in shape.

Whether you want a male or female American Shorthair, both sexes are true to their breed. Strong, well built and adventurous kittens, the American Shorthair breed is a great choice for owners that are looking for a more independent pet. When considering the differences between a female and male cat, it is better to pay closer attention to their individual personalities rather than their specific sex.